Bitcoin (BTC) above $100k this year? PlanB's S2F model shows it is possible!

The bitcoin (BTC) price is falling, and the crypto market turns red. The major correction that started in April seems to continue as the panic on the market increases. While it may look like it, this downturn is likely not the end of time or even the end of Bitcoin. One model that predicts that bitcoin is bound to go much higher is the Bitcoin Stock-to-Flow (S2F), invented by the Dutch analyst PlanB. 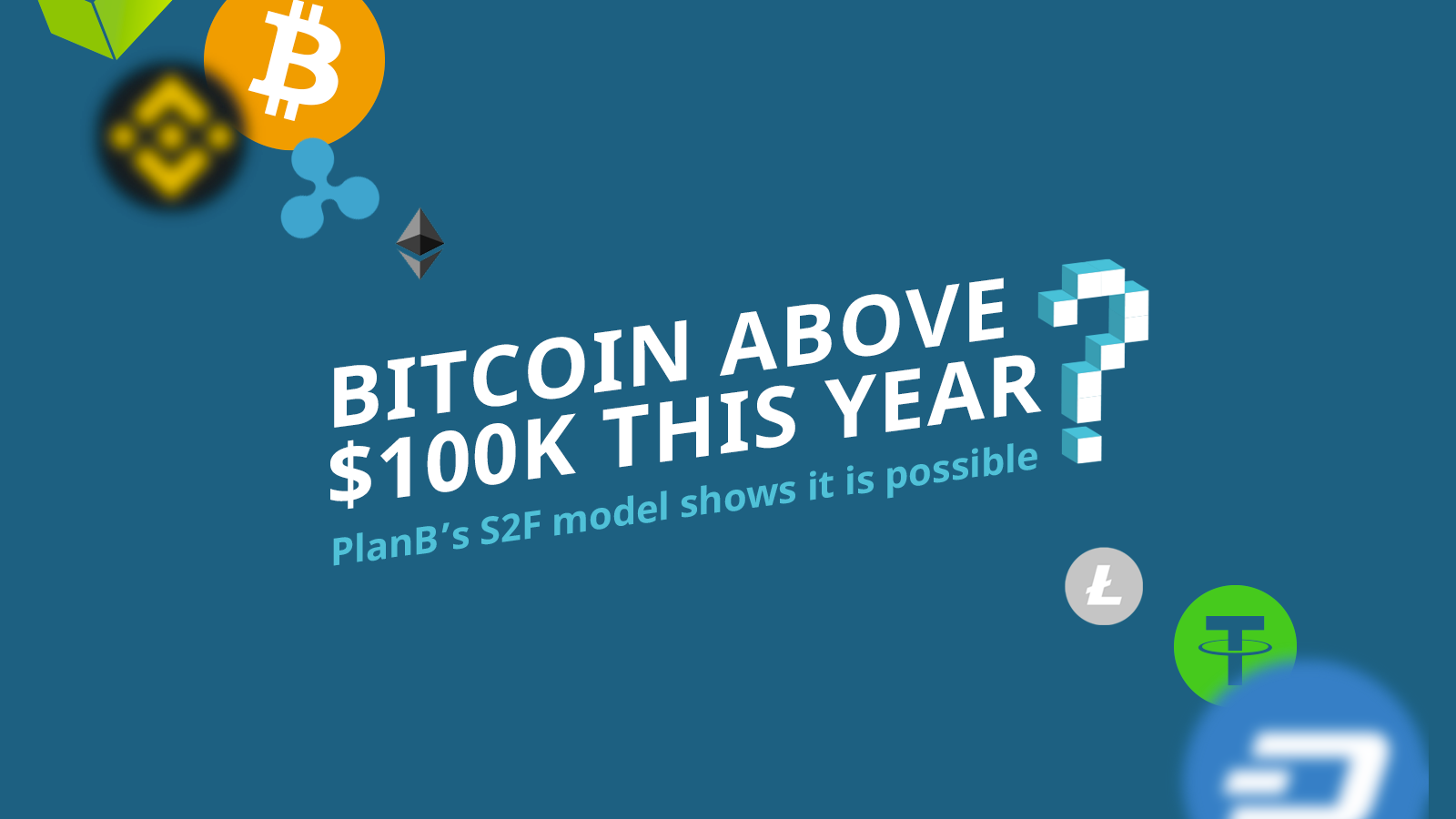 Before we get into his bitcoin price predictions, let’s shortly look at what S2F is. It is a model that can measure the abundance of a resource. The model does this by looking at how much of that resource is held in the reserves (stock) and how much is produced every year (flow). With these two figures, you can calculate the S2F ratio and compare different resources and their scarcity. The higher the S2F ratio of a resource is, the better it should retain its value over time.

You can apply this model to gold, for example. The amount of gold that has already been mined in the past represents the current stock. The amount of new gold that is mined every year is the flow.

Where will bitcoin go this year?

PlanB is a famous analyst within the crypto industry as he applied this S2F model to the bitcoin price. He did this in 2019, and since then, it has been eerily exact in predicting the price. Even when we apply it to the bitcoin price of the past up till 2010, we see that the model more or less predicts the correct price. For that reason, it is interesting to look at what this model shows for the coming year!

The analyst shared his thoughts a couple of days ago on Twitter. His “worst-case scenario” puts bitcoin on $47.000 in August and above $100.000 in December!

On the chart, we see the predicted bitcoin price based on the S2F model. We see that bitcoin is in a dip right now. According to this model, the price will rebound to $47.000 in August to see a slight retrace again to $43.000 in September. In October, bitcoin could reach as high as $63.000, after which the market will heat up again. PlanB expects the price to rise to $98.000 in October and break the magical price of $100.000 in December.

But what about his best-case scenario? In the replies to this tweet, he gives a little sneak peek of the predictions he will share later. According to his best-case scenario, bitcoin could reach $450.000 in December! Either way, PlanB expects fireworks. Will his model finally break, or will he, again, be correct?

One way to prepare is to activate your BOTS trading bot, so you can be sure you can ride that wave if it indeed comes!