Bitcoin: the mother of dragons amongst cryptocurrency
The App
June 8, 2021

Bitcoin: the mother of dragons amongst cryptocurrency

Ah, our sweet, sweet Bitcoin: the mother of dragons amongst cryptocurrency. A cryptocurrency with the most intriguing storylines evolving around it. The mystery around Satoshi Nakamoto, for example. You know, the person who wrote that brilliant paper that nobody seems to be able to find. A paper that is said to have inspired the actual creation of Bitcoin. Another story we can't be too sure about, as whoever created the technology, still remains a mystery. 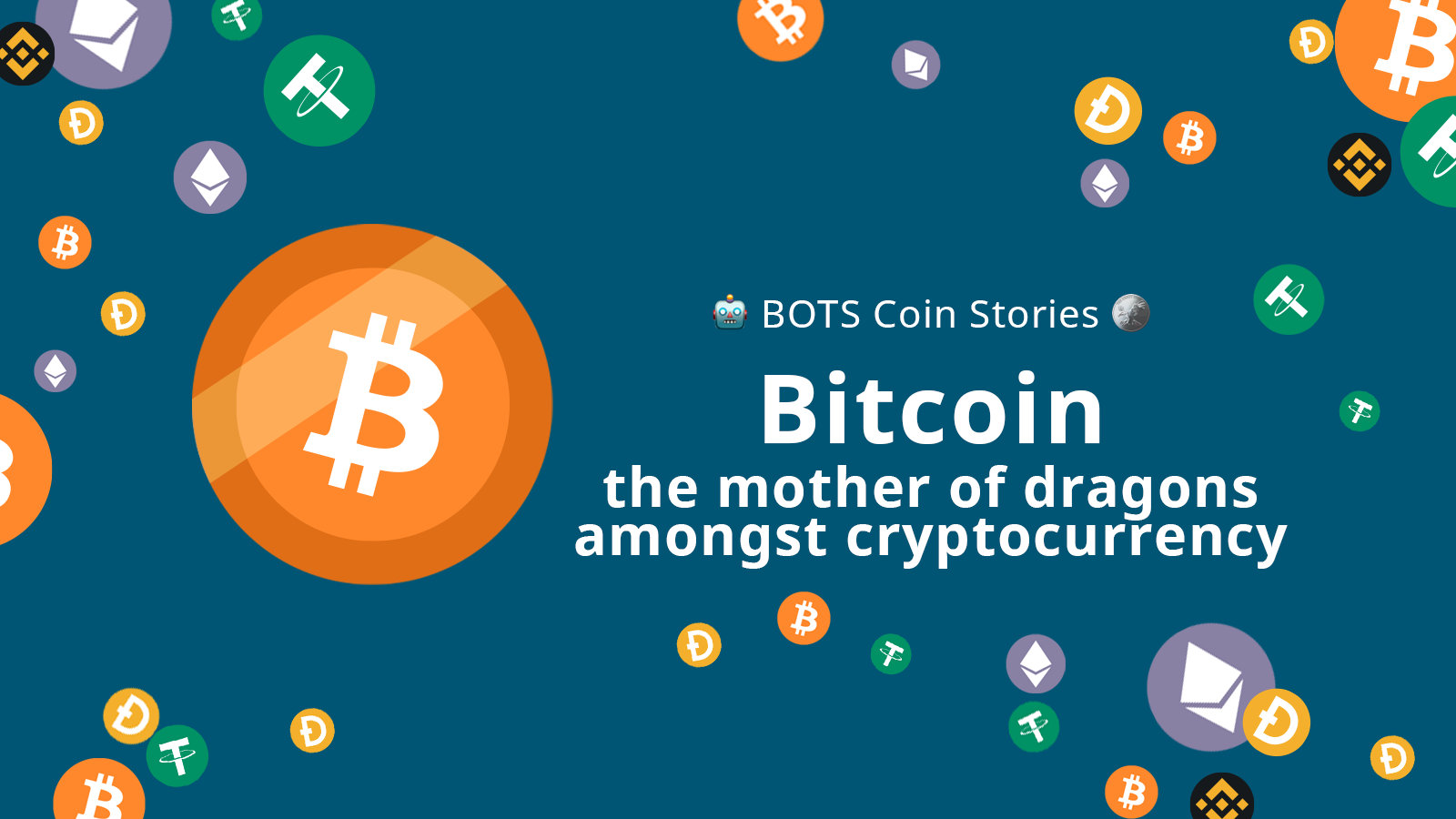 But it definitely is one hell of a technology. Government agencies won’t take their eyes off it, and big banks seem to despise it. Ever since its creation in January 2009, Bitcoin was the very first to offer the promise of lower transaction fees and, unlike government-issued currencies, it was the very first currency operated by a decentralized authority. Doing so passed the authority of making decisions to the lowest level possible in the organizational hierarchy.

Suddenly, everyone was able to have their say.

But how does it work? The short version is that you can use bitcoin for daily, digital transactions. Balances are kept on a public ledger (a record-keeping system that keeps identities secure and anonymous), and access is there for whoever wants it. Open, transparent and anonymous. No banks or governments need to issue or back the currency. No delays and no surprisingly high transaction costs. Just a massive amount of computing power to verify the transactions.

Simple enough, right? But if that’s all there is to it, then what’s going on with terms as miners, blockchain and tokens?

It’s less complicated than you might think. The bitcoin system is basically a big bunch of computers that run bitcoin’s code. These computers are referred to as miners or nodes and store bitcoin’s blockchain: a collection of transactions. See it this way: this blockchain is basically just an extensive collection of ‘blocks’. Each block holding an assembly of bitcoin transactions. All these ‘blocks’ are stacked in, let’s say, transparent tubes: visible to anyone who wants to see them. As anyone can look into these transparent tubes (and therefore see the bitcoin transactions), there’s no way anyone can cheat the system.

This means that if you ever hear someone saying he’s a “bitcoin miner”, he’s basically just making his computer available to store transactions (the bitcoin blockchain) and run bitcoin’s code. Being a miner means that he is in charge of processing said transactions on the blockchain. A job that gets rewarded with bitcoin transaction fees and actual rewards (the release of new bitcoin, for example).

Now, what about these tokens? They’re basically your virtual coins. They are stored in your “wallet”, using public and private “keys”, the private key is similar to the “key” you receive when you install a new Office or Adobe pack on your computer (one you’d definitely like to keep private). You use this private key to authorize bitcoin transmissions. The public access is like a bank account number and serves as the address where others can make their bitcoin transactions to. This key might be public, but the identity of the keyholder remains (pseudo-)anonymous.

So long story short, bitcoin was developed to make online transactions run smoothly, anonymously and without any organizational or governmental interference. A mission that, without a doubt, succeeded. It succeeded so well that it inspired loads of other cryptocurrencies with its arrival.

Ready to get your hands on some and invest in this mother-of-dragons cryptocurrency? These are the bots that love trading Bitcoin!

BOTS is a tech company that has developed an app that makes it possible for anyone to invest from €50. BOTS uses automated trading strategies so you can invest in cryptocurrency quickly and even without knowledge. Previously, these strategies were only accessible to the richest 3% of the world. BOTS now makes automated investing accessible to everyone. In 2021, it will also be possible to invest in stocks and other currencies through BOTS. The app is free to download and quick and easy to install. BOTS currently operates in more than 15 countries and by the end of the year, BOTS wants to be active in at least 60 countries and 4 continents.

Need any help with anything?

If you still have questions about the BOTS app, please do not hesitate to contact the BOTS support department.

On the BOTS YouTube channel you can find other instructional videos that may help you further. You are also welcome on the Discord channel of BOTS.

The BOTS app is now live