Blockchain Technology and The Future

When Satoshi Nakamoto published his Bitcoin whitepaper in 2008, only few would have foreseen a technology that would prove ground-breaking. The blockchain is arguably the most revolutionary technology since the invention of the nuclear bomb and the launching of the World Wide Web. Few technologies are as inevitable, hold so much promise, and are yet as controversial as the blockchain. 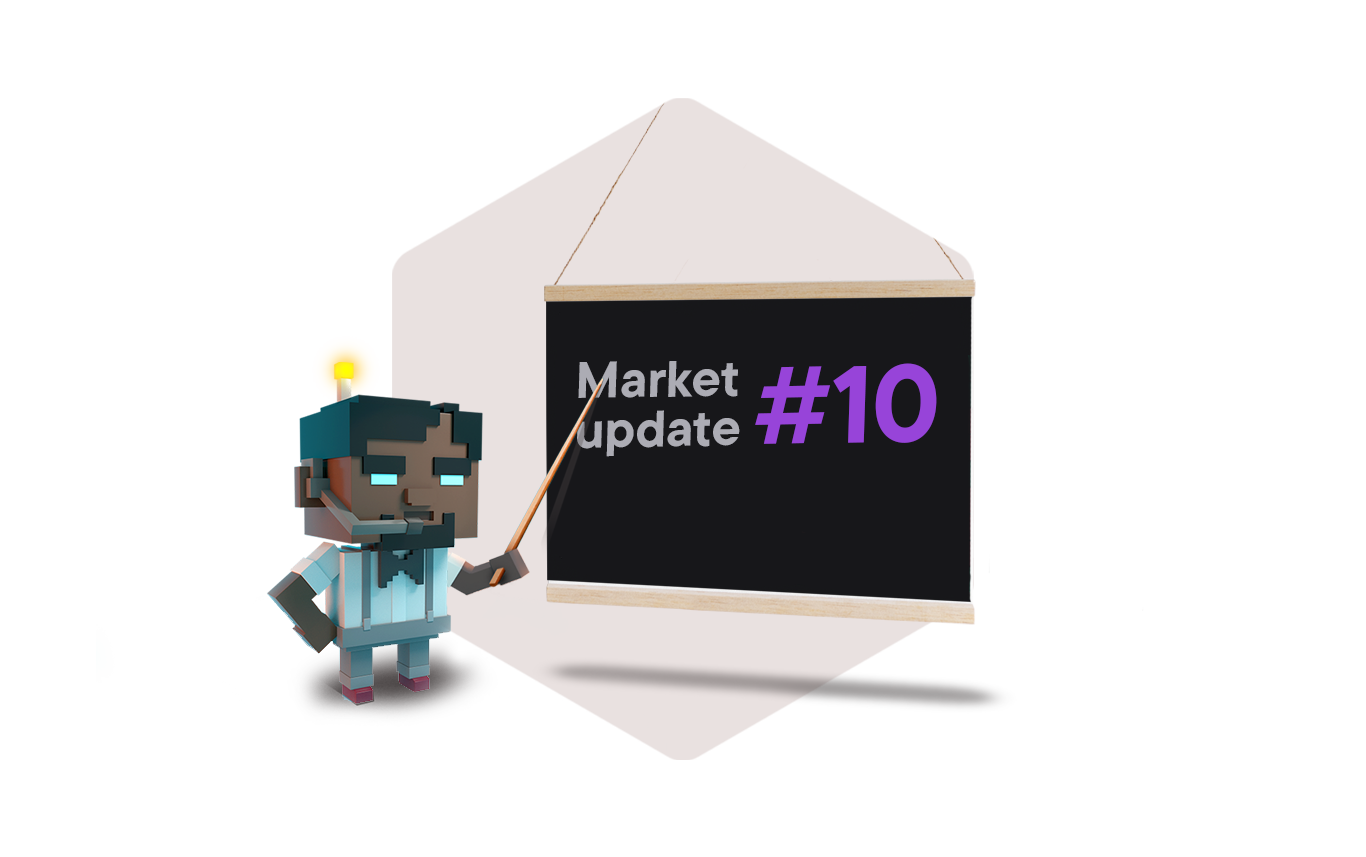 In truth, blockchain technology's global adoption and application is slower than it should be. It continues to face criticisms from big names like Warren Buffett and Bill Harris in the global investment scene. The inherent volatility of cryptocurrency casts shadows on the long-term viability of the technology as a means of digital payments, while the energy-intensive nature of some aspects of blockchain technology makes it a target for environmental advocates.

But the question remains, “What does the future of blockchain technology look like?”

Market insights in the blockchain industry

Future use cases of blockchain technology

Innovation in blockchain technology has seen its use cases increase massively, with existing and potential use cases in supply chain tracking, digital identity verification, health records management, and video gaming.

Let’s take a look at some future use cases of this exciting technology:

Blockchain technology can track all the stages and elements of a supply chain. Say, for instance, you order a fast-food package and, for some reason, find the food disgusting. Quite naturally, you give negative feedback to the food company. The company’s management can use its blockchain ledger to find the source of the problematic constituent of the finished product. For example, the company can check as far back in the supply chain as the farm where the raw produce came from.

Blockchain technology can thus aid supply chain management by providing permanent validation and transparency for all business transactions. Owners and customers can then view these records when necessary.

Although the practice is not yet widespread, blockchain’s future as a means of carrying out secure electoral voting is promising. In 2019, the blockchain company Horizon State made history by being the first to facilitate voting on a national scale. In a partnership with the government of South Australia (Department of Premier and Cabinet), an advisory election was successfully carried out using blockchain technology.

Although the adoption of blockchain technology in voting systems is still controversial, countries like South Korea, Greenland, Japan, and Kenya have taken trial steps to actualize the concept. As trust in blockchain technology grows in the coming years, it would be no surprise to see many countries finally adopting it for voting processes.

The NFT boom that began in 2017 launched a massive wave of interest in this new aspect of blockchain technology. Non-fungible tokens are digitized forms of art that take on the inherent attributes of the blockchain. As such, they’re immutable, traceable, and verifiable.

Today, digital art theft is rising, with up to $6 billion worth of art stolen annually. Meanwhile, the NFT market grew to be worth around $22 billion in 2021. Apparently, the trend of digitizing art pieces has increased with the adoption of NFTs. This trend, although slowly gathering pace, appears to have a future in the media, art, and entertainment industry. Here, it is a means of dealing with intellectual property theft and piracy.

Furthermore, a CitiGroup report estimates that artists only pocket about 12% of their overall earnings, with the rest going to music managers, publishers, recording companies, distributors, and streaming services. Consequently, artists will be able to earn more from their work by eliminating intermediaries.

With creators registering their work on the digital ledger, there’s more efficient tracking of its consumption, while smart contracts can execute seamless, automatic micropayments directly between creators and consumers.

The blockchain’s potential also extends to the legal system, where smart contracts can come in handy. Smart contracts can be used to validate the ownership of legal documents like title deeds. In the courtroom, these could help to authenticate, secure and validate evidence and boost efficiency in criminal justice.

The adoption of blockchain technology for this purpose has been understandably slow. However, some parts of the US have started allowing the use of smart contracts in specific legal contexts. For instance, in Arizona, smart contracts are legally binding agreements in commerce.

In addition, California has legislation that allows vital documents like birth and marriage certificates to be issued on the blockchain.

It is vital to note that before blockchain technology can evolve and expand even further, it requires the trust and validity of entire nations and national bodies.

El Salvador’s initial experiment with Bitcoin as a legal tender was ultimately unsuccessful, while crypto adoption in the USA stands at a rather low 14%. Still, the projection that blockchain technology can boost global GDP by nearly $2 trillion in 2030 points to its massive potential.

As global blockchain spending looks set to reach almost $19 billion in 2024, we’re bound to see a rise in the adoption of the technology and the expansion of its use cases in various industries.