Dogecoin: spend it, or leave it in your wallet!
Market Insights
July 20, 2021

Dogecoin: spend it, or leave it in your wallet! 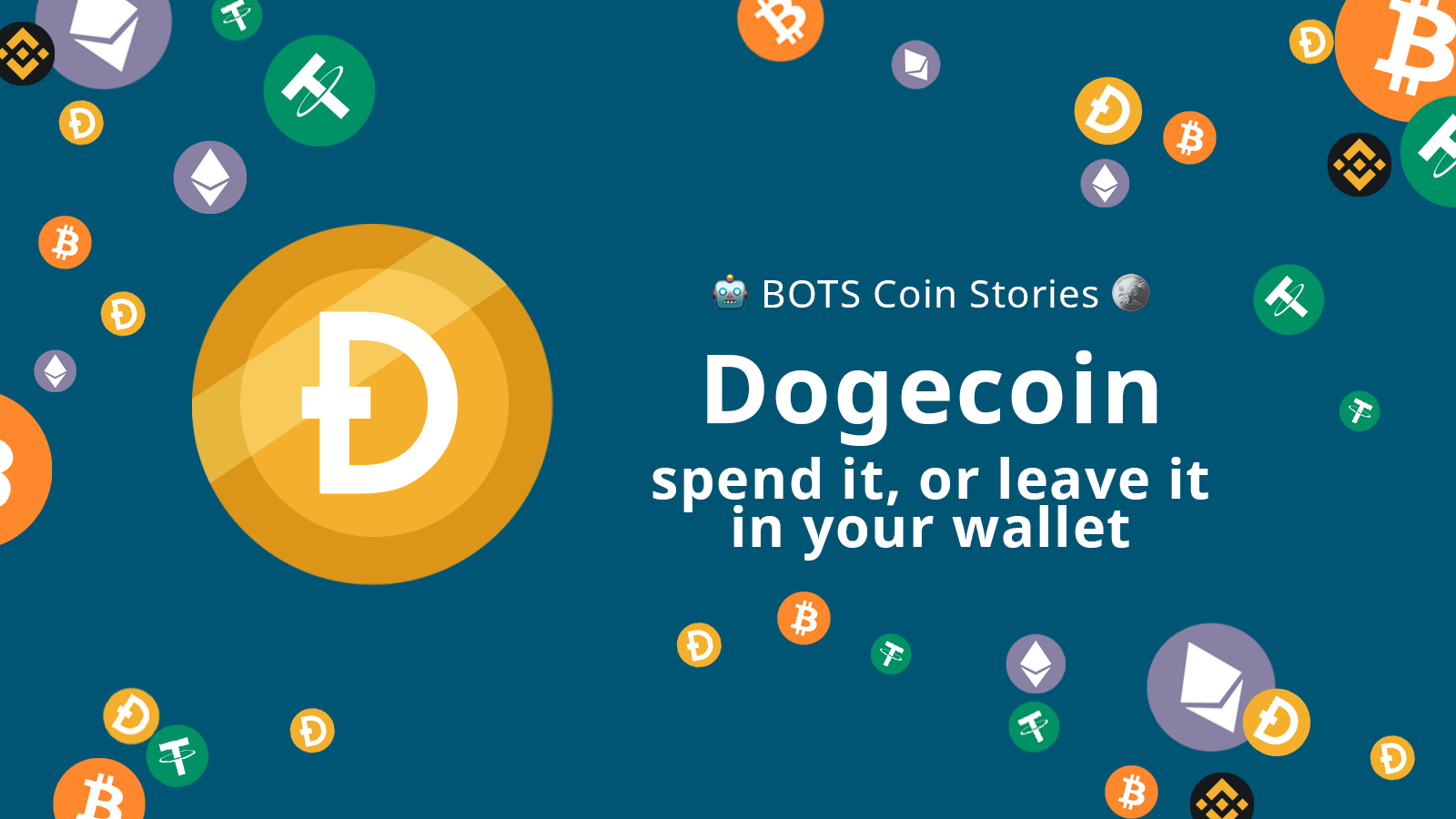 If you hadn’t heard about Dogecoin before, you definitely heard of it after Tesla CEO Elon Musk and rapper Snoop Dogg decided to send out a few tweets over a weekend in 2021: resulting in a sudden top 10 ranks by market value for Dogecoin.

Which makes perfect sense, as Dogecoin once started as a joke.

It was 2013 when IBM software engineer Billy Markus and Adobe software engineer Jackson Palmer decided it would be great fun to combine Bitcoin and “doge” (that popular 2013 meme featuring a Shiba Inu dog). The result? Well, you guessed it: the Dogecoin.

People started using Dogecoin pretty much from the moment it was released. Within the first month, the website dogecoin.com received over a million hits.

Was it the name?

Anyhow, Dogecoin works in similar ways as Bitcoin and Ethereum: on blockchain technology. It uses cryptography to keep transactions secure and uses the so-called “proof of work” system to keep transactions going. The most significant difference between Dogecoin and Bitcoin, for example, is that the creation of new coins is a lot easier and quicker. This means that miners can process payments in the blink of an eye!

Like many other cryptocurrencies, you can use Dogecoin for payments and purchases—quick ones, for that matter. But as there is no limit to the number of Dogecoin created, it might prove difficult for Dogecoin to hold up price gains over time. This might be why Dogecoin has been chiefly used to reward others for posting content on social platforms like Reddit and Twitter.

Or as some might say: spend it, or leave it in your wallet!

So whether you’d just like to get into the fun (there’s even a whole Reddit community behind Dogecoin!) or have some digital spending money: these are the bots that love trading Dogecoin!