Ethereum finally completes The Merge: Here's what investors should know

On September 15, 1:42:42 EST, Ethereum finally completed The Merge. This was crucial for their transition from Proof of Work to the Proof of Stake validation method. This huge crypto event was long in the making, even before Ethereum was launched. This will have a huge environmental impact - as The Merge promises a 99,95% reduction of energy consumption by the Ethereum network. Of course, investors from all over the world are keeping a close eye on what effect this will have on the Ethereum price. 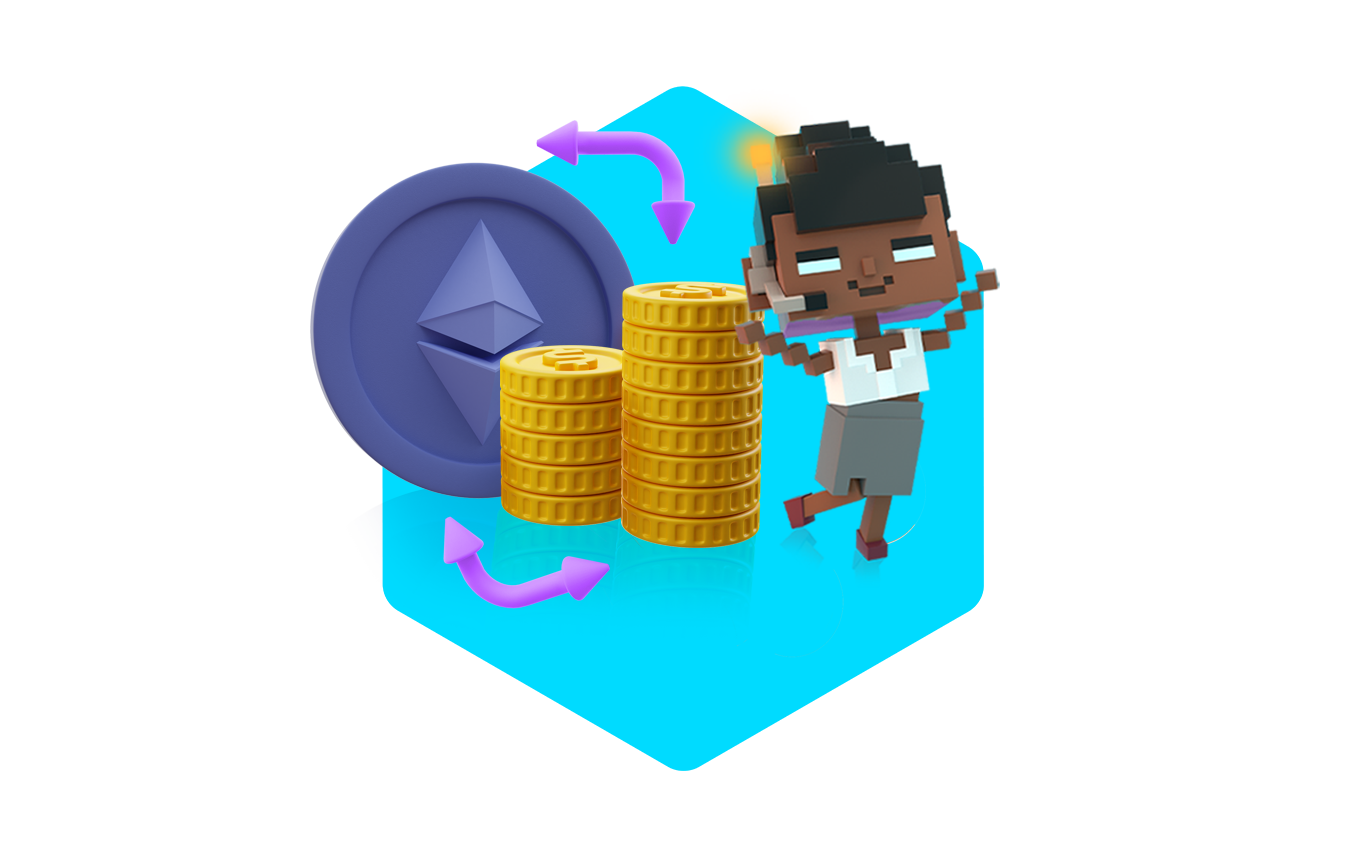 The goal of the Ethereum Merge was to transition from a Proof of Work network to a Proof of State network. A PoW network is secured by miners. These miners have to consume (a lot of) electricity in exchange for block issuance and transaction fees. In the PoS network, on the other hand, the network is secured by validators who have to stake Ethereum in order to validate the network. A key difference is that validators don’t consume much electricity, whereas miners do consume much electricity.

The idea for the Ethereum Merge has been long in the making. Research for it began even before Ethereum was launched. However, it was necessary to make this transition gradually, which is why Ethereum waited up until now to complete The Merge.

How did The Ethereum Merge work?

Let’s compare Ethereum to a car. The goal was to transition the car’s engine from gas to electric. And the tricky part: to do so without stopping the car. To achieve this, the Ethereum developers built a separate electric engine and have tested it with real stakes for over 1,5 years. This new electric engine runs in parallel to the existing gas engine. When The Merge took place, the car ‘simply’ switched from using the gas engine to using the electric engine. This way the engines could be swapped, without having to stop the car.

Benefits of the Ethereum Merge

A huge benefit of the Ethereum Merge is that the power consumption will be reduced by a whopping 99,95%. This is about the equivalent of the entire country of Finland stopping its power grid all at once. Besides this massive environmental benefit, the Merge should also improves the security and scalability of Ethereum. Also, Ethereum enthusiasts will now be able to secure Ethereum from home. Being a consensus participant will no longer be just for institutions and sophisticated miners. This helps in further decentralizing the network and will make it even more resistant to attacks.

Ethereum prices drop since the Merge

Most investors believed that The Merge would be the biggest crypto event of the year. However, since the Merge officially took place on September 15, 2022, Ethereum’s price has been dropping and the market chatter isn’t all positive. After an initial rise of 9%, the market correction was intense. While writing this article, ETH is worth $1,303. This is almost 80% lower than its value on September 15, right before the completion of the Merge. There could be several reasons for this drop in Ethereum Price.

An old saying in the stock market is: “Buy the rumor, sell the news”. In the run-up to the Merge, many small investors were buying Ethereum, hoping to profit from price increases. When the prices indeed actually went up after the Merge, many investors took their profit and sold straight away.

However, there are also more organic reasons for this - Some investors have long-term concerns about Ethereum, which puts pressure on the market. For example, SEC president Gansler said in The Washington Journal, right after The Merge, that he views the principle of staking as a loan. This would mean that crypto based on staking would have to meet certain obligations. Additionally, investors fear that the Merge might be a step toward the centralization of Ethereum. Coinbase posted 4 potential risks about The Merge on Twitter.

All these factors have led to a somewhat disappointed sentiment in the market.

The Future of Ethereum

As we’ve seen, in the short term, the expectation is that Ethereum’s prices will drop further. However, everyone can agree that the Merge was technically a success with no major hiccups. Plus, Ethereum has made a positive impact on the environment by reducing its energy consumption by over 99%. Furthermore, the Proof of Stake offers possibilities to create many more upgrades in the future to create momentum. This is why many investors are also inclined to believe that Ethereum will grow in the long term.

The Demand for Evolving Technologies in the Global Economy