What are the prospects of a Decentralized Global Economy?
Market Insights
November 3, 2022

What are the prospects of a Decentralized Global Economy?

Modern-day global trade is fraught with many challenges. Even the rising popularity of the open banking system can only do so much. The real problems remain glaring and bright as the noonday sun. 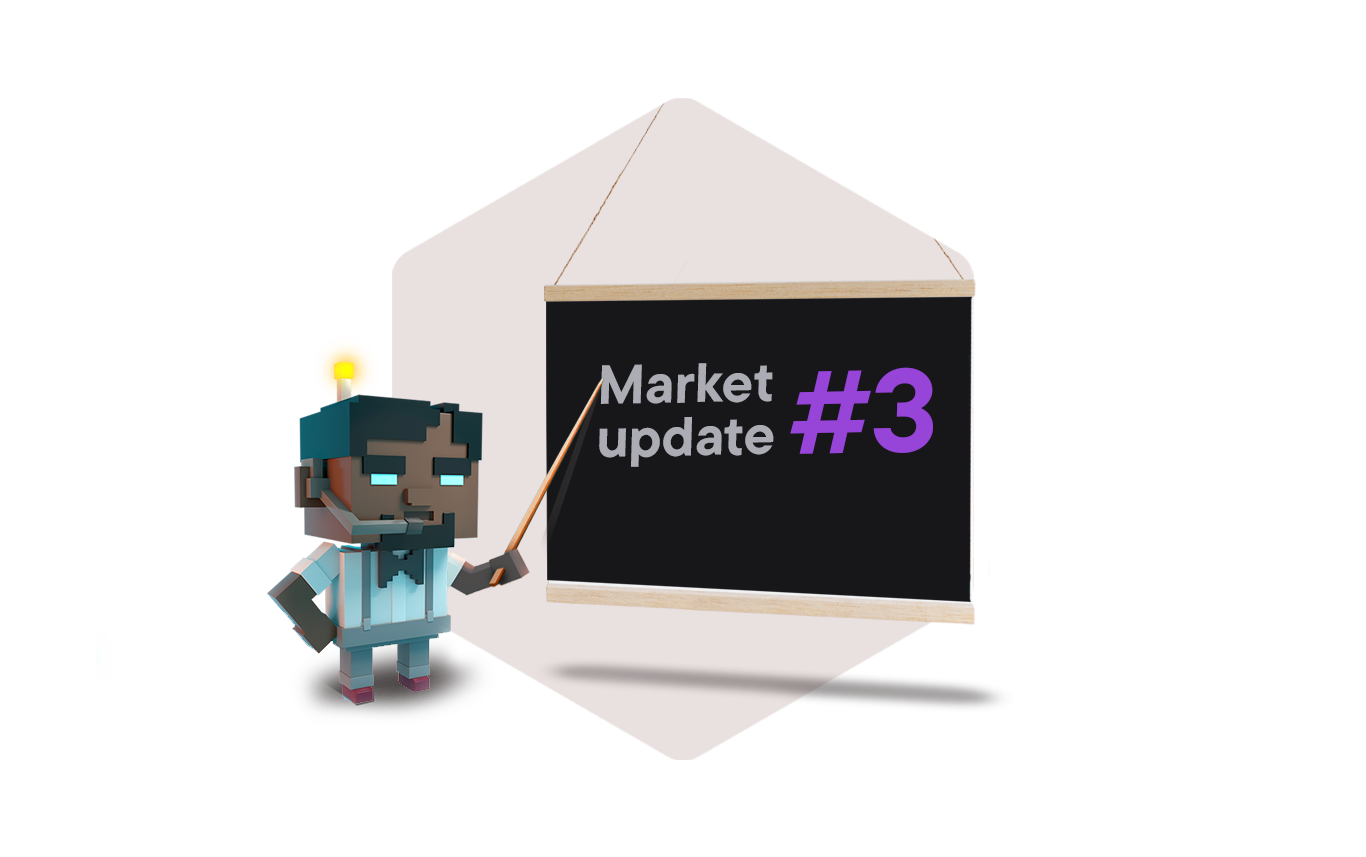 Despite considerable strides to optimize cross-border payment systems, there remains a noticeable dearth. In fact, one could argue that the centralization of financial institutions poses the biggest threat to the capacity of the global economy to scale beyond its current level.

However, there might be a solution in sight, even if it is one whose prospects is viewed with some skepticism. The answer? A decentralized global economy.

The Challenges of Centralized Finance in the Global Economy

Today’s global economy faces many finance-related challenges stemming from the centralization of monetary policies. By centralization, we refer to the place of government-backed regulatory bodies in dictating financial policy.

As 2022 has revealed, this system has its flaws. Some of the issues are discussed below:

As finance and commerce are interlinked, any centralized financial policy’s effects are sure to have a ripple effect on the economy. For instance, in the USA, rising inflation costs have had to be consistently offset by interest rate hikes initiated by the Federal Reserve. This has prompted fears of a global recession by economists and market watchers.

Recommended: How to hedge against inflation?

Interestingly, historical evidence shows that increased interest rates do not necessarily set an economy on an upward trajectory. During the Great Depression, the Federal Reserve’s monetary policy prevented a total economic collapse. However, the lost jobs and reduced economic output would only recover over several years. But that’s not all.

Centralized global financial systems face many challenges that negatively impact commercial growth and limit the scale of global business. One such problem lies in the area of transaction speeds.

Wire transfers are becoming increasingly unreliable options for businesses with real-time modus operandi, as they take days to complete. In the fast-paced world of global commerce, customers, enterprises, suppliers, and other supply chain elements rely on quick payments to facilitate efficient business.

Several traditional financial institutions are ill-prepared to cater to the commercial demands of the global economy, despite its slow growth. The global e-commerce market is expected to grow at a CAGR (Compound Annual Growth Rate) of nearly 20% between 2020 and 2027. With many businesses increasingly taking their operations to the digital space, there’s even more room for growth in years to come.

As a result, there will be a greater strain on the existing traditional financial channels to expand and scale in the years to come.

Businesses need more than just fast, scalable means of digital payments to grow. They also need loans. With inflation rates rising globally, financial institutions have had to adjust their monetary policies to suit economic realities. Purse strings are being tightened, and businesses suffer as a result. Increased interest rates and meteoric inflation levels are never good for business.

All of these issues leave a gaping hole in the global economic system, one that decentralized technologies can potentially exploit.

Unlike centralization, decentralization infers a system without regulatory middlemen such as the central banks. In the context of the global economy, this implies trade without borders. Trade booms when there are few restrictions. In uncertain economic times, such as is prevalent today, decentralization can help ease trading difficulties. In addition, it can help open up new channels to boost global economic drive.

Let’s examine a few of these prospects in light of how they address the deficiencies of traditional finance.

An equally decentralized, peer-to-peer means of exchange is at the heart of a decentralized global economy – cryptocurrency. Despite their controversial nature, cryptocurrencies are the most efficient alternative to fast, scalable cross-border payments.

Modern cryptocurrencies like Ripple and Cardano provide quick and easy payments. While not as fast as some other networks, Bitcoin is slowly gaining acceptance as a means of payment in many organizations like PayPal and Microsoft.

An Alternative for the Unbanked and Underbanked Population

Much of the world’s population remains unbanked and underbanked, especially in Africa and Latin America. As a result, they’re cut off from many traditional banking services and financial products. More significantly, they represent a potentially untapped market opportunity in the global economy.

Peer-to-peer decentralized technologies are an alternative that grants the unbanked access to loans at reduced interest rates. They also provide a means for global businesses to reach this entirely new, wider market.

Decentralization via blockchain technologies can spur commerce and economic growth, as businesses and individuals will have to spend less to facilitate all-important cross-border transactions. This means more funds are channeled into businesses and consumer spending, which is good for global trade.

Traditional banking and its regulatory policies do not offer the same level of transparency that blockchain technology and its distributed ledgers provide. Cross-border trade is not always transparent. Many of the ongoing processes between the initiation of trade and its execution are lost to the end consumer.

As a result, it may take a lot of work to track supply chains. For instance, a lack of transparency in the supply chain of medical supplies such as drugs can make it hard to track a fake product back to its orifice. This means less trust on the part of consumers and reduced revenue for the producers.

Decentralized ledgers hold the solution to this, as every stage and component of supply chains can be monitored and inventoried by all parties involved.

The Potentials of the Metaverse

Metaverse technology is seen by many in the same light as a sci-fi movie on time travel. However, like other decentralized technologies, it is gradually gaining acceptance.

For instance, Sotheby’s investment and foray into decentralization saw it purchase a virtual replica of its world-famous fashion house on the decentralized real-estate Metaverse, Decentraland.  In the context of the global economy, such a venture’s potential is near-limitless. As we now see, many notable organizations like Microsoft and Coca-Cola have since followed suit.

Recommended: What is the Metaverse?

Although decentralized plots of land may seem like luxuries at the moment, any objective analysis of its underlying technologies quickly reveals its potential to take global trade to a whole new level.

Modern-day market economies face many issues, from the supply chain and transactions to funding. Cross-border payments form the biggest challenge. In an increasingly globalized world, vast physical distances are becoming increasingly blurred where business is concerned.

Slow speeds, high transaction costs, security issues, and a lack of transparency are some of the issues slowing the mass scaling of the global economy.