These factors influence the bitcoin (BTC) price: Why Elon Musk is one of them
Market Insights
June 14, 2021

These factors influence the bitcoin (BTC) price: Why Elon Musk is one of them

Bitcoin (BTC) and cryptocurrencies in general are the currencies of and by the people. The value of a cryptocurrency is determined by the supply and demand; how much is a seller willing to sell their BTC for, and are there any buyers ready to buy? A large part of what determines the price of 1 BTC is, therefore, determined by what people around the world think. In this article, we will look at what determines the price of bitcoin and why trading bots trade better than humans. 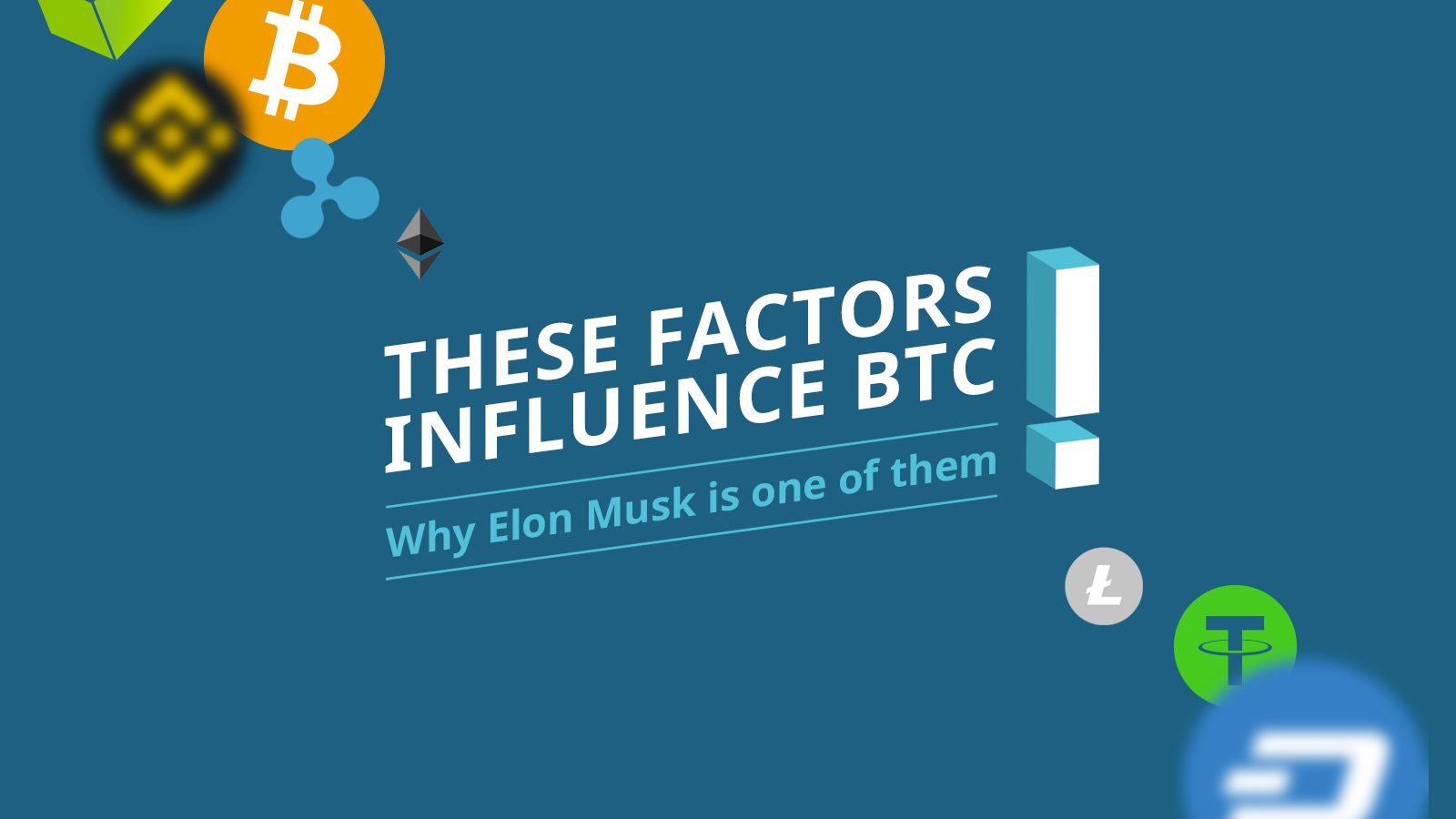 What determines the bitcoin price?

Firstly, let’s have a quick look at what determines the price of 1 BTC. One factor that sets the baseline for the price of a bitcoin is the cost to produce them. Bitcoin miners solve complicated mathematical problems with their computers to secure the Bitcoin network, process transactions and receive bitcoins as a reward. The electricity costs, together with other expenses miners incur, determine the cost price of a bitcoin.

One aspect of bitcoin we cannot leave unmentioned is its scarcity. Every four years, the amount of bitcoins miners receive for their work is halved. The “halving event” is an automatic mechanism to make BTC scarcer. Once all 21 million BTC are mined (estimated to be in 2140), there will be no more bitcoins left to mine. This mechanism can be compared to gold miners; the more gold they take out of the ground, the less there is left to mine. After receiving their bitcoins, a miner can decide to hold on to the bitcoins or directly sell them on the market.

The demand among buyers in this market can make the price go up or down. With bitcoin growing in popularity, the demand for the cryptocurrency increased significantly over the past years. In other words, buyers are willing to pay a higher price to outbid other buyers. The scarcity of bitcoin adds to this development as there will only be a limited supply of BTC.

The erratic nature of the crypto market

However, there are periods in which the opposite is true. When more and more people are selling bitcoin, but not enough buyers buy them, the price will go down. Sellers want to get rid of their bitcoins, but buyers are less likely to buy due to the falling price. This scenario is especially true in times of widespread fear, uncertainty, and doubt (FUD). What people think, expect, hope, want, or fear heavily influences bitcoin price movements. It, therefore, isn’t surprising that famous people, companies, and governments can indirectly affect the market.

For example, after Tesla CEO Elon Musk announced that Tesla had bought over a billion dollars worth of bitcoin, the price saw a fast rally. The demand for bitcoin increased as more people were exposed to bitcoin and saw that the crypto was going mainstream. There are also plenty of examples where influential people harmed the price.

Musk caused a negative price movement by announcing Tesla wasn’t going to accept bitcoin anymore as a payment method due to worries surrounding the emissions of the Bitcoin network. Governments announcing bans or strict regulations for crypto also often harm the price as people are unsure what might happen in the future. This decreases the demand for bitcoin and increases the selling pressure. While people are panicking, there is a group of traders that is completely unfazed by all this.

You guessed it; bots trade better than humans!

People’s emotions are erratic, like it or not. We mortals will feel fear when we see the price fall, and the more people feel fear, the higher the selling pressure, sometimes causing a chain reaction. But the trading bots you find in the BOTS app will feel nothing. They are simply programmed to follow a specific strategy, and that is to make a profit. Of course, bots aren’t perfect. However, they are likely to limit the impact of a price drop as they rationally act based on pure data and not on their feelings (because they don’t have any).

Are you a human, and do you sometimes feel fear, or do you simply want to have a robot do the trading for you and don’t want to keep an eye on Elon Musk’s Twitter constantly? Check out the selection of trading bots inside the BOTS app and start trading today!