What are Bitcoin ATMs & How do they work?
Investing Basics
November 16, 2022

What are Bitcoin ATMs & How do they work?

In today’s world, we have all used ATMs. Maybe you even used one today. We are all used to using the ATMs that are usually connected to a specific bank. But things work a little differently when it comes to Bitcoin ATMs. You probably wouldn’t associate this cryptocurrency with an ATM, but think again - Bitcoin ATMs are on the rise! 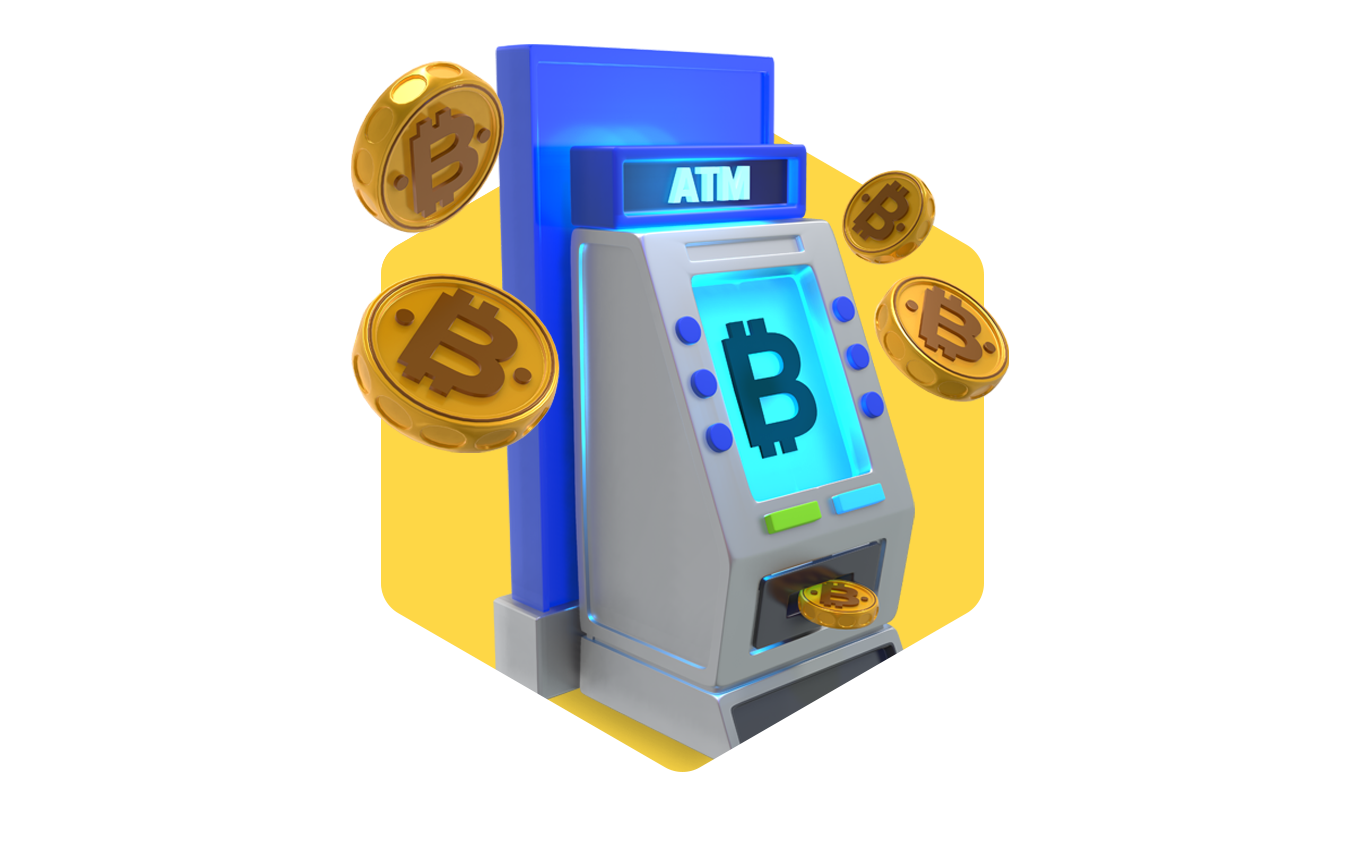 What are Bitcoin ATMs? How do they work? Find out everything you need to know about Bitcoin ATMs in this article.

What is a Bitcoin ATM?

Simply put, a Bitcoin ATM is a physical machine where you can purchase Bitcoin with cash or sell it and get cash in return.

We’re talking about Bitcoin ATMs here, but it’s also possible to purchase or sell other cryptocurrencies with these ATMs. On the outside, these machines look just like your classic ATM. But of course, they are connected to your Bitcoin wallet instead of a traditional bank account. A great benefit of Bitcoin ATMs is that you can purchase Bitcoin incredibly fast and easily, without much hassle. Bitcoin ATMs are becoming increasingly popular, with the latest numbers reporting more than 35,000 of these machines worldwide.

How do Bitcoin ATMs work?

This isn’t as complicated as it sounds. If you’ve got your phone on you, you can create an account within a few minutes. There are several apps you can use to create your own digital wallet. Once your digital wallet is all set, and you’ve bought Bitcoin at the Bitcoin ATM, your purchase gets sent to your digital wallet and should appear there.

Tips for using a Bitcoin ATM:

How to withdraw money from a Bitcoin ATM

Why should you use a Bitcoin ATM?

Some people find the world of cryptocurrency daunting and complicated. Thanks to Bitcoin ATMs, cryptocurrencies of different types have become more accessible and easier to access for a lot more people. Bitcoin ATMs allow people to buy and sell cryptocurrency quickly and easily -We’re talking minutes! Another benefit of a Bitcoin ATM is that they’re often more private. Depending on the type of machine you’re using, you don’t have to disclose a lot of personal information. Sometimes just your phone number is enough. And another huge plus of Bitcoin ATMs is, of course, their convenience. Like most regular ATMs, they’re open and functioning 24 hours a day, 7 days a week.

The downsides of using a Bitcoin ATM

We’ve discussed in length how and why you should use a Bitcoin ATM, the merits of it, and more. But for you to make an informed decision, you must also know about the disadvantages or risks associated with Bitcoin ATMs. According to us, the most significant disadvantage is the fee charged. Using a Bitcoin ATM can be pretty costly, given that some brands charge a fee of up to 20% for every transaction.

Next, even though Bitcoin ATMs are growing spectacularly in numbers, you might not happen to have one near you. Especially if you don’t live in a big city or a comparatively populated area. And lastly, Bitcoin ATM machines can sometimes break down or even can get stolen - This has happened before!

Is it safe to use a Bitcoin ATM?

In most cases, using a Bitcoin ATM to buy and sell Bitcoin is considered to be safe. However, because these machines make it so easy to trade cash bills for cryptocurrency within minutes and without a lot of personal information required, concerns have been raised about the safeguards in place, especially against criminal activity.

However, these concerns aren’t unique to Bitcoin ATMs and concern cryptocurrency in general. As we have seen in the recent past, crypto-issuing companies are constantly enhancing their safety measures. We can assume similar safety measures are in place, even when it comes to Bitcoin ATMs. Having said that, there may be some differences between the Bitcoin ATM machines based on the brand, so it is always advisable to do some research beforehand.

After reading this article, you may be more confident in using a Bitcoin ATM. Or maybe you already own Bitcoins. In any case, what’s next? How can you make your assets grow? You could learn to trade these by yourself or have automated trading bots do the work for you! Bots are better at trading than humans but don’t take our word for it. Explore the BOTS app for yourself. Opening your automated trading account will only take you a few minutes, and you can start investing from as little as €5. Start your trading journey by learning more about how the BOTS app works!